Just added to your cart

Where Did Oversized Fashion Come From? Oversized Tees, Hoodies, Sweaters... the list goes on! Oversized fashion, different from plus-sized fashion garments, includes a style of clothing and other accessories that are larger than normal and reflect some sort of attitude, message, or trend of the period at hand. But where did this style originally come from?

Historians and sources say that oversized or baggy clothes first came into popularity in the 1920s (at least in Western fashion). Post-war attitudes had most certainly changed as the first women in Canada and the United States earned the right to vote and went to work. Much like their social positions, in general women’s clothing became far more mobile and more versatile. Coco Chanel was at the forefront of the movement to rid fashion of the strict manner of fashion wearing, with the corseted styles of the previous generations. This change converted physically into the relaxed fit of garments and with it came a new set of ideals for women; rather than wanting to look pristine and delicate, the shapeless figure of flapping dresses and Chanel’s famous two-piece sought to minimize signifiers of overt femininity by flattening the appearance of breasts and hips.

As time progressed, especially during the first half of the 1940s, many clothing-related commodities were in short supply due to World War II; the United States Government prioritised a vast majority of materials to the military in action. Leather, for example, was much used in the uniforms of American servicemen—so the material, to a large extent, went out of use in mainstream fashion. As a consequence, oversized fashion utilizing excessive amounts of material was not in the current style.

Designers such as Cristóbal Balenciaga , Digby Morton, and Norman Hartnell, however, used oversized fashion practices in their early 1940s collections. While men were abroad fighting in action, many women took on their positions working in factories and offices. Accordingly, women's fashion became more masculine. Wide-legged slacks and pronounced shoulder pads became all the rage.

Not until time passed into the second half of the decade, though, with the introduction of Dior's “New Look,” was oversized fashion widely put to use. Dior's introduction of their “New Look,” which first grew in large popularity in Europe, featured much fuller and larger skirts that reached the mid-calves. When Dior initially pushed this style out in full motion, the fashion house received a lot of criticism. Sir Stafford Cripps, then President of the Britain's Board of Trade, was said to have stated that the “New Look” was “utterly stupid” and an enormous waste of labor and materials. However, many fashionistas increased their interest in this 'baggy' style, it subsequently grew in huge demand behind the scenes. 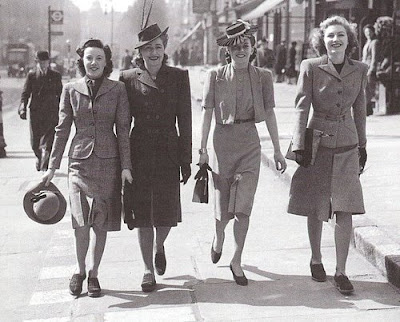 The beginning of the 1980s was the first time when women assumed high-status roles in the workplace. Akin to the 1940s, women’s fashion in the 1980s was quite masculine, which was a reflection of women wanting to be taken seriously as working professionals. The three most important designers at the start of this decade, Calvin Klein, Giorgio Armani, and Ralph Lauren, were designing clothing that was characterized by broad and square shoulders. This use of oversized shoulders was largely a demonstration of women not wanting to be viewed by their feminine figures, but rather to be viewed equally in their careers.

Another essential person who helped further the style of oversized fashion in the 1980s was Princess Diana, who for her wedding to Charles, Prince of Wales in July 1981 wore an oversized wedding dress—making the tailor popular all around the world for the remainder of the decade. 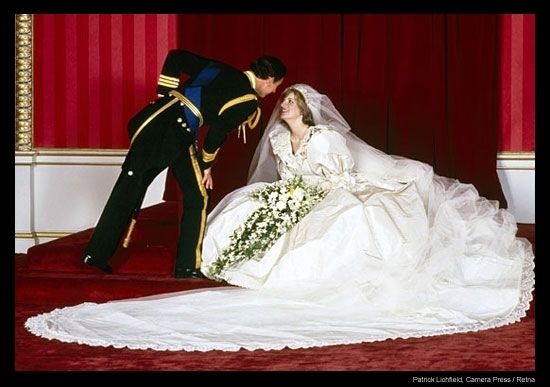 The 1990s was one of the most diverse eras for fashion. As the fashion world began to experience technological modernization, along with a widespread support from mainstream consumers, the industry felt the need to appeal to different types of audiences. Some of the women's fashion trends included neon and pastel colors, legging and exercise wear, the hippie look, and a hip-hop style. The last of those examples, hip-hop style, is identifiable as the oversized fashion of the '90s. The influence of hip-hop on urban fashion was overtly strong. Urban fashion was distinctly designed for African-American youth.

During the upheaval of the streetwear fashion, models of color began to make a feature in the fashion industry. It was during the 1990s that Tyra Banks found fame. After being rejected by six modeling agency the young Banks was signed by Elite Model Management, and in her first season as a model she booked 25 shows in Paris Fashion Week. Designers who were influenced by the new oversized streetwear were more likely to book models of color to show their designs. Other famous models of color during the time include Naomi Campbell and Iman. Undoubtedly, oversized fashion marked the beginning of a new trend for urban youth during the 1990s.

Another exhibition of the trend is the oversized handbag. Designers such as Balenciaga, Betsey Johnson, and Michael Kors began producing purses and satchel-like bags that were larger than usual and complied with the oversized aesthetic. As a result of the enormous increase in influence of the internet and social media, these bags quickly became very popular after pictures of celebrities carrying them were posted online for many to see and then emulate.

Back to Is Oversized Clothing The Next Big Thing?
Use left/right arrows to navigate the slideshow or swipe left/right if using a mobile device